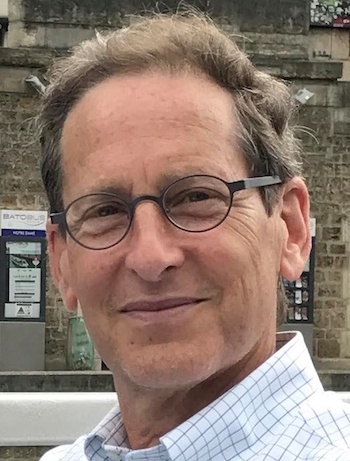 Gary Kenton is the author of Transmission and Transgression: The History of Rock 'n' Roll on Television (Peter Lang, 2020). From 1969 to 1993, He enjoyed a successful career in communications, journalism, and public relations. His first job while still in college was as an editor at Fusion Magazine, one of America's first rock 'n' roll magazines. After a short stint at Creem, he did public relations in the music business for a variety of clients including Island Records, CBS Records, Warner Brothers Records, Gramavision Records, and others.

From 1993 to the present, Gary has been an educator, teaching at every level from Head Start to College. He earned his master's degree in Communication from Fordham University in 2009. He currently serves as an Adjunct Instructor of Communication at N.C. A&T State University, the largest public historically African American college in the U.S. Over this time, he has also been a community activist, focusing on issues related to racial and economic justice, immigration reform, and the environment. Gary has run for public office four times and was elected three times.

In addition to his book, Gary has contributed chapters to three books: "Come See About Me: Why the Baby Boomers liked Stax but Loved Motown" in Baby Boomers and Popular Culture (Praeger, 2015), "Insolent Networks: The Auto-Mated Social Life" in Confronting Technopoly (Intellect, 2017), and "The Dis-Education of Rock 'n' Roll" in Teachers, Teaching, and Media (Brill, 2019). His writing has also appeared in such publications as The Washington Post, Musician, The Chicago Sun-Times, Rolling Stone, Utne Reader, The Village Voice, TV Quarterly, Country Music, People, TV Guide, and many others.

IT'S ABOUT time. The supergroup has finally come to pass. Oh, the idea has been around; many fine jams have come off as the result ...

IT'S PRETTY frustrating to be a victimized musician these days. It has always been, of course, but now, with all these quasi-blues heavies making it ...

PAUL BUTTERFIELD seems to have fallen out of public grace recently. Back in the days of East-West, he gained recognition for being a true blues ...

PERSONALITY AND spunk. Isn't that what rock & roll has been missing lately? Well, here's Kim Fowley with a new album and he's got plenty ...

I AM NOT in the habit of chasing after 14 year old girls. Recently, though, I not only met a cute one, but crossed several ...

DON'T YOU just hate to pick up a music magazine (or megapaper, as the case may be) and see a review in which some snot-nosed ...

ANOTHER MAINMAN artiste bites the dust. Not to pass the buck — Ronson has to be entirely responsible for the failure of this album, insofar ...

I WAS ON the telephone to one of New York's successful management firms last week and, like all successful New York firms, they put me ...

HATS OFF to Jeff Lynne! For all the success that he has achieved as the prime mover of the past three Electric Light Orchestra albums ...

The Ramones Leave Home While Talking Heads and Mumps Play the Bowery ...

Come See about Me: Why the Baby Boomers Liked Stax but Loved Motown

ETHNOMUSICOLOGIST and anthropologist Steven Feld studied how meanings are reconstituted when music moves from indigenous communities to a global market. He argues that you cannot ...

The Dis-Education of Rock 'n' Roll