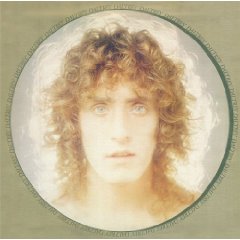 The Who frontman on touring Tommy as a solo artist; on Cousin Kevin, Uncle Ernie and paedophilia; on Prince Charles; on CSI using Who songs as title music, appearing in that show, and his acting career in general. He then, at great length, airs his frequently reactionary political opinions.

Roger Daltrey: Who Does What In The Who

WHAT'S HAPPENED to the Who? Pete SHOULD be writing and recording for the Who. John Entwistle SHOULD be concentrating on the Who's future, but he's ...

Roger Daltrey: A Who Sings His Heart Out in the Country

The frontman discusses his solo record. ...

TWO INTERESTING corollaries to the albums under discussion are the interviews with Daltrey and Entwistle that appear in the appendix of Gary Herman's otherwise boring ...

The Who: Triumph And A Threat

IT HAPPENED TO THE BEATLES, BUT IT WON'T AFFECT THE WHO. AND ROGER DALTREY NOW PREPARES TO DO THREE YEARS HARD LABOUR ...

Roger Daltrey: What the Who's Been Doing

LONDON – "I don't think Tommy held the band back – it's just that nobody wanted to listen to what [else] we were doing. Who's ...

Who's Still Angry? Roger Daltrey Is

LONDON — "If I wanted to get anything out of this business," Roger Daltrey says, "it was never to have to go back and work ...

Roger Daltrey: One of the Boys

DALTREY'S FOUR-YEAR solo career, apart from his personal excess/success as a matinee film idol, has certainly left much to be desired by anyone with more ...

Roger Daltrey: Who's One Of The Boys?

Review and Interview by Don Snowden, Rock Around The World, September 1977

THE FACT that 1977 has witnessed the reformation of a number of bands that enjoyed their heyday during the mid-'60's – Small Faces, Animals, Booker ...

LONDON — WITH the release of Parting Should Be Painless, his first solo album since the demise of the Who, Roger Daltrey is clearly a ...

Roger Daltrey: Who Am I?

TWO YEARS AFTER the final agonizing bust-up of the Who Roger Daltrey can no longer stand premature rock burial. Daltrey never wanted the group to ...

IF BEETHOVEN and Mozart were the pop superstars of their day, and the melodies of Lennon and McCartney are destined to survive for centuries, then ...

The Who: Shepherds Bush Empire, London

WELL, YOU can't accuse them of being pompous, of inflating their legend. The Who shuffle distractedly onstage as if they're playing a mate's house party, ...

ONE OF THE privileges of my generation is the opportunity to watch the once-mighty play small clubs, but seeing someone of Roger Daltrey's stature didn't ...

FIRST OFF: this is one of the most horribly run and uncomfortable venues I've ever visited. You couldn't pay me to go back there. And ...

Roger Daltrey: Thanks A Lot, Mr. Kibblewhite – My Story

AMONGST THEIR many virtues, the Who were disgustingly honest. Jagger only told you what he wanted to tell you, Led Zep were taciturn, Floyd aloof ...

Roger Daltrey: Thanks a Lot Mr Kibblewhite – My Story

The recollections of the most sober member of the Who are distinctly hazy, Stephen Dalton finds. ...

see also Who, The