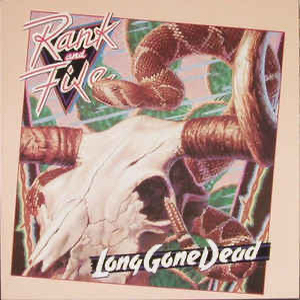 A PACKED HOUSE witnessed a powerful Rank and File set that was a model of consistency and drive. The four-piece has narrowed their focus admirably, ...

TIME WAS BROTHERS Chip and Tony Kinman were just another coupla SoCal surfpunks, bitchin' 'bout class wars and hating the rich. The Dils, which was ...

RANK & FILE are a rather unusual four-piece: a Commie punk country band who've accrued a national reputation in America with record speed. Mind you, ...

Rank and File: Can Punks Sing Country? Just Listen Up!

"I'D CALL IT country music, and let I everyone take it from there," Chip A. Kinman says, almost defiantly. ...

Life After Punk: Rank and File

Rank and File’s Founders Chip and Tony Kinman walked out on hardcore punk stardom to take up their "white trash’ influences in country music. ...

FROM THE REMNANTS of two of America's seminal punk bands, the Dils and the Nuns, comes Rank and File. ...

Retrospective and Interview by Fred Mills, Seattle Weekly, 7 May 2003

IN THE early ’80s, some called Rank and File "cowpunks" – others called them just plain revolutionary. ...