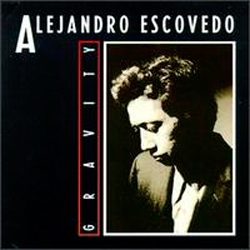 Alejandro Escovedo: Down to Earth

Alejandro Escovedo puts his arm around a memory ...

A MEMBER of the same clan that produced percussionists Coke, Pete, and Sheila, the fortysomething Escovedo played in S.F. prototype punkers the Nuns, cowpunk originators ...

Alejandro Escovedo Under the Influence

ON MARCH 22, 1998, Alejandro Escovedo introduced a new song at La Zona Rosa in his hometown of Austin, Texas. He was dressed cowboy-formal in ...

MIDWAY INTO HIS SECOND-EVER London performance — the hottest ticket in town after his rapturously received Barbican debut five days earlier — Escovedo dedicated a ...

The cowpunk who survived Sid Vicious and Hepatitis C to duet with Springsteen, and become a legend of Americana. ...

FORGET ALL OF the little ones roaming the streets these days looking for open fire hydrants and such.  School was in session last night and ...

WITH A BRAZEN SWAGGER drawn from Alejandro Escovedo's punk roots, the 61-year-old songwriter/yowler declares, "I can take a punch, I can take a swing…" on ...