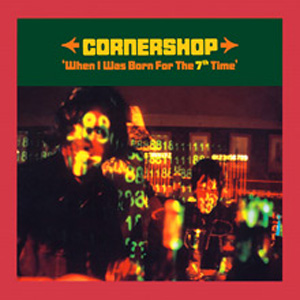 Out to smash Asian stereotypes, shit on racists and slaughter every half-assed predictable indie band on the planet — CORNERSHOP might not be able to ...

Report and Interview by Caroline Sullivan, The Guardian, 13 March 1993

WHO COULD have foreseen a re-birth on this grand scale? The basic struggle for Cornershop has always been one for identity and, while they've been ...

AFTER BEING ALL at sea, playing a shambolic punk rock lo fi rush that never seemed to suit them (and I should know I fell ...

Cornershop: When I Was Born For The 7th Time (Wiiija/All formats)

THINK BACK. Remember when dissing Morrissey mattered, Huggy Bear were considered to be avant-garde situationists and Tony Parsons was happily sounding the death knell on ...

Cornershop: When I Was Born for the 7th Time

THIS IS A GOOD party record: loose, funny, warm – exemplary genre-trashing by musicians who have a great recollection (as they chant on 'Brimful ...

Interview by Caitlin Moran, Select, May 1998

All-singing? All-dancing? You're joking. By rights, Cornershop should be basking in their new-found celebrity — instead, Tjinder and Ben are either crying into their pints ...

Back In Business: Cornershop

Four years after a tribute to Bollywood chanteuse Asha Bhosle gave them 1998's most unlikely number one single, Ben Thompson welcomes the return of Cornershop. ...

Profile and Interview by Jude Rogers, The Observer, 2022

Three decades since the band formed, Cornershop's genre-defying political music is still making a stand. Ahead of a new album, we join them on a ...