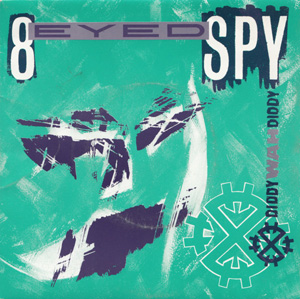 IN A New York City nightclub, a skinny little Caucasian whose waterfall hairstyle and set of snout and lips make him look like a sullen ...

Way Out West With 8-Eyed Spy

IF LYDIA LUNCH'S Queen Of Siam hadn't come out when it did, I'd probably still be freezin' my butt off in Ketchum, Idaho, a town ...

Sons and Daughters of No New York: Eight Eyed Spy

Lydia Lunch: Out To Lydia

Richard Grabel lays on the red carpet treatment for his Lunch date ...

LISTEN TO the cacaphonous cutting edge of no wave punk-jazz in the privacy of your very own SONY walk-man. Be-bop down the street snapping yer ...

"IT WAS FUN while it lasted," Pat Irwin (now a Raybeat) sighs in the liner notes to this catch-all retrospective of live and studio tracks. ...