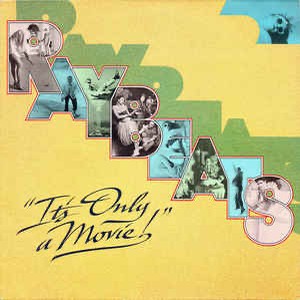 Sons and Daughters of No New York: The Raybeats

THE TRADITION of white instrumental rock in America is not a particularly strong one. Indeed, most of the young 'uns I know consider the white ...

THE RAYBEATS, uniformed and partly choreographed, the second on. Greeted by a small crowd huddled at the front of the seatless stalls, they are brave, ...

Raybeats rock with a twist

THE RAYBEATS have been a New York club favorite for about five years now, but it was obvious from the ovation for the openers that ...