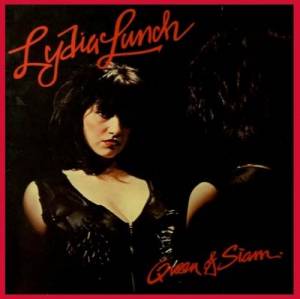 The morning after a London performance, Ms Lunch discusses herself as a spoken word performer and artist: being censored; confronting issues such as abuse of women; her pleasure at being on the margins; other spoken word performers like Henry Rollins and Karen Finley; how she came to music via lyrics, and about the confrontational nature of audiences.

Teenage Jesus and the Jerks: Out To Lunch

A Dialogue between Roy Trakin and Lydia Lunch of Teenage Jesus and the Jerks ...

Way Out West With 8-Eyed Spy

IF LYDIA LUNCH'S Queen Of Siam hadn't come out when it did, I'd probably still be freezin' my butt off in Ketchum, Idaho, a town ...

THE RICH ARE different from you and me, my friends. While we content ourselves with free promos and an occasional "plus-one" at a local bistro, ...

Lydia Lunch: Out To Lydia

Richard Grabel lays on the red carpet treatment for his Lunch date ...

THE O.N. KLUB, at the very far end of the entertainment turf strung along Sunset Boulevard, has the feel of a biker's bar gone cool ...

After 13 years of howling into the void, Lydia Lunch is still going strong. Keith Cameron finds out what fuels her anger. ...

Report and Interview by Martin Aston, The Independent, Winter 1989

ONCE UPON a time, people took to the stage without the blast of music behind them, and people would take them seriously. Poetry and the ...

To Thrill A Mockingbird: Lydia Lunch and Rowland Howard

Lydia Lunch, currently doing the rounds with a collaborative Rowland S. Howard, is really in action Stateside, standing in opposition to the Ku Klux Klan. ...

Gentlemen, you have been warned — Lydia Lunch isn't for wimps ...

"I ALWAYS BRING my prophylactic along on touragainst other people's germs — the mic cover. If you smell mics, you know why. They're raunchy. When ...