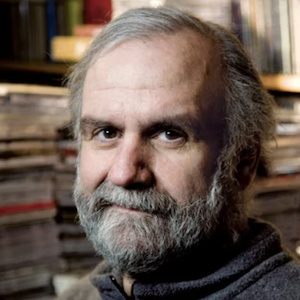 Music sought me out early on. In the late '50s, at the age of 12, I fell under the spell of the great folk scare/revival and played earnest folk with fellow student Loudon Wainwright in boarding school in New York! He stayed with it, to great and deserved acclaim and influence. I was also falling into rock, R&B and jazz at home in Washington over vacations; my older sister was a dancer on The Milt Grant Show in the late '50s and she'd take me to the studio and to weekend dances where Link Wray was often the house band in the wake of 'Rumble'. Don't forget how dangerous that instrumental was in 1958 — banned on many radio stations despite having no lyrics!

In the mid to late '60s I was a folk singer; I read poetry (not my own) and offered cover songs on the hootenanny circuit and in small coffee houses to no particular acclaim or even notice. I sometimes played at the Unicorn, owned by Elliot Ryan; it closed in 1964. In 1973 Elliot started Unicorn Times, a monthly covering music, where I became editor from mid-1976 to mid-1980.

I somehow ended up at Quicksilver Times, a new underground paper radical enough to warrant an undercover agent (CIA) as a long-term embed in its staff. It's where I did my first writing, but I eventually realized I favored the wrong Marx — Groucho, not Karl. I left in 1970 to start Woodwind, and started freelancing at the Washington Star in 1971 and wrote columns and reviews there until 1975. In 1976 I became editor of Unicorn Times, hugely popular because of its great writers and photographers and vibrant coverage of local and national artists. That same year, I started freelancing at the Post and in 1982 officially became its pop critic.

After leaving the Post, I began work on Shock & Roll, a richly illustrated compendium of controversial album art — the stories behind the covers. It features hundreds of interviews with musicians as well as artists, art directors, photographers and models, prosecutors and defense attorneys in cases that led to trials here and in England and Canada. It is a work in progress.

Report and Interview by Richard Harrington, The Washington Post, 30 July 1995

IN THE LATE '70s, Washington's Bad Brains pioneered a style of speedy hard-core punk that is now a commercial juggernaut for young bands such as ...

Irene Cara: What a Feeling! Irene Cara as Her Famous Self

Profile and Interview by Richard Harrington, The Washington Post, 12 January 1984

FOR IRENE Cara, the price of Fame is to play… in film and on television… Irene Cara! ...

Lisa Marie Presley: To Whom It May Concern (Capitol)

SUSPICIOUS MINDS want to know: How much Presley is there in Lisa Marie? ...

Lisa Marie Presley: The Princess of Rock Makes a Name for Herself