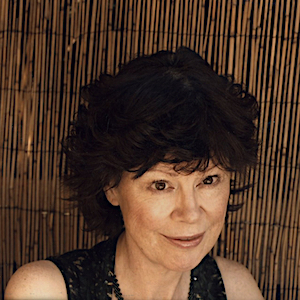 Maureen Paton began her journalistic career in 1974 as an editorial assistant on The Story Of Pop, a Phoebus Publishing partwork whose assistant editor was former Record Mirror/NME writer Richard "The Beast" Green. There she wrote features on King Crimson, the Doors and Don McLean (as Maureen Harney) and the Bay City Rollers (as George V. Scott – at the suggestion of The Beast).

In 1976 she became the first female staff journalist on Melody Maker, hired as a sub-editor but also contributing album and gig reviews and interviewing John Surman, John Stevens, Nico, Marianne Faithfull, Mickey Baker, Mike Heron and The Flying Lizards among others.

She joined the Daily Express in 1979 where she became a full-time showbusiness writer and theatre and TV critic before going freelance in 1998 to write for every national broadsheet (except, so far, the FT) and the middle-market papers. Her music interviews have ranged from Tony Bennett, Joan Baez, Rhianna, Boy George, Mick Hucknall, Dizzee Rascal, Alison Moyet, Alanis Morissette, Girls Aloud, John Legend, Paloma Faith and Michael Bublé to the Bay City Rollers' notorious manager Tom Paton (no relation) among others. She is also the author of Alan Rickman: The Unauthorised Biography and The Best Of Women: The History Of Women Of The Year.

The Rollers' Svengali talks about how hurt he is by his ex-charges' indifference to him; about how the band broke up and didn't even play on their own records; about their shoddy financial affairs and personal problems, and about his incarceration in the '80s.

The Blur bassist/cheesemaker on being rebuffed by Faye Dunaway and writing his autobiography... plus he looks back on Blur, his family and personal life; talks about being a (sort of) farmer; about rubbing shoulders with the West Oxfordshire glitterati; about pals like Damien Hirst and about London's clubland; about his love of P.G. Wodehouse and his great friend Marianne Faithfull... and quitting booze.

The grande dame talks about her new album Give My Love to London; her relationship with manager/ex-lover François Ravard; sleeping with Keef; her friendship with Anita Pallenberg; on Broken English; her family; her Sydney suicide attempt; not seeing Jagger anymore; on Paris, fashion, and becoming a Commandeur Of L'Ordre Des Arts Et Des Lettres.

Nico: Return Of The Pagan Exile

Nico, in London for a one-off gig last Monday and to record an album, talks to Maureen Paton. ...

The now-veteran Mormon popster remembers his days touring the UK in the '70s, being pursued by screaming girls; on being a father and grandfather; his new album Love Songs of the '70s; narrowly surviving his surfing accident; being a poster boy for clean living; nearly losing everything in 1980; on his religion, and staying fit.

... in which Maureen Paton takes a cab ride round the childhood haunts of the producer/DJ. After talking slightly sheepishly about his "mid-Atlantic drawl", Ronson recalls his family background; growing up surrounded by rock'n'roll and rock musicians; being tucked in bed by Robin Williams; his fondness of vintage music and production; producing Amy Winehouse; being a performer and DJ — at P Diddy's birthday party! — and being a school chum of Sean Lennon's.

The Quo co-frontman talks about why he stays on the road; his family; playing solo; his relationship with Rick Parfitt; meeting the Queen; being on Coronation Street; playing Live Aid, and his luck to miss National Service.

THE GUITAR HERO stakes is such an overworked concept that it seems almost poetic justice to overact it outrageously to the point of parody. Johnny ...