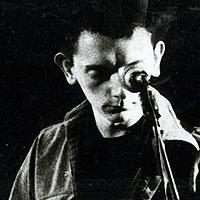 Mal Peachey has written for Vox, Time Out, the Daily Telegraph and many other publications. He is currently editor-in-chief of Rocket 88 Books.

Sigue Sigue Sputnik were the biggest hype of the '80s, their huge hairstyles and huger lies sweeping all before them — until the backlash. Mal ...

Johnny Cash: Back in Black

FOR 35 YEARS, he has begun every performance with the line, "Hello, I'm Johnny Cash", as if anyone needs telling. He greets people personally with ...

CHER'S FAME USED TO BE BY PROXY, THAT OF HER PARTNERS. BUT A DAZZLING MOVIE CAREER PASSED THE REINS OF FORTUNE INTO HER OWN HANDS. ...

Revealed ... the childhood terrors that drove one of our hottest female pop stars to tear up a photo of the Pope live on American ...

ONCE STEVE Harley had it all. Every song he wrote was a hit, every friend he made was famous and every lover was a fashion ...

ABBA: Why ABBA Can Never Return

EXCLUSIVE: EUROPE'S POP VETERAN SITS BACK AND WATCHES HIS CHILDREN WATCH HIM ON TV Mal Peachey on a legend that will not be Björn again ...

POP MUSIC has always been a hit or myth affair. This week Britain has been witness to two of its finest myths, both born 25 ...

Dour of face, frizzy of hair, sharp of wit. He came from Texas, wrote the song, played the guitar and got the girl. Now he's ...

Eric Dolphy: Squeaks and scronks: Eric Dolphy's Out To Lunch

Song for the man who went out to lunch ...