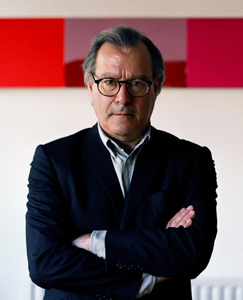 Jonathon Green was born in 1948 and has been writing books, contributing journalism and broadcasting on both radio and TV since the mid-1970s. More recently he has been blogging for www.thedabbler.co.uk and answering language-related questions for www.quora.com.

He has published a number of popular dictionaries of quotations (starting with two volumes of ‘rock quotes’), three oral histories (on the UK’s ‘alternative society,’ on first-generation immigrants and on ‘sex since the Sixties’), and, for the last 30 years, dictionaries of slang and other works on language, including a history of dictionary-making and a slang thesaurus. Language!, a history of slang will appear this year, as will a memoir Odd Job Man. The latest of his dictionaries, the three-volume Green's Dictionary of Slang, appeared in 2010 and established him as the world's expert on English-language slang.

From 1969 to 1974 he was involved in the London counter-culture, notably as a writer for its 'underground press' and worked successively for Rolling Stone (UK), Friends, Time Out, INK, Oz (which he co-edited after the celebrated trial of 1971) and finally IT. In 1988 he went back to the counter-culture with Days in the Life: Voices from the English Underground, in which he interviewed over 100 of the era's primary players and a decade later offered his own take on the period: All Dressed Up.

The Dabbler (as Mister Slang)

BACK IN ILLUSORY flower power 1967, when most people wanted to go to San Francisco, and those who didn't made up for it by pickling ...

David Crosby: Dave Crosby: If I Could Only Remember My Name (Atlantic)

THE VELVET Underground were New York's premier rock band. Max's Kansas City still is a club that makes the Speakeasy something like a pale reflection ...

NEW YORK: 'It is with great pleasure that we wish to add PEN American Center's great Roc's voice to the vast chorus of poetic larks and ...

Grateful Dead: Ron 'Pigpen' McKernan: 'As Long As He's Been Doin' It Right'

THEY'RE RIGHT, you know. I always had this sneeking suspicion that they might be, but ferchrissake, I never really wanted to talk about it before. ...

I TOLD YOU so. I've always wanted to say it, and now I can. Here, as I hack out yet another goddam obituary, I can ...