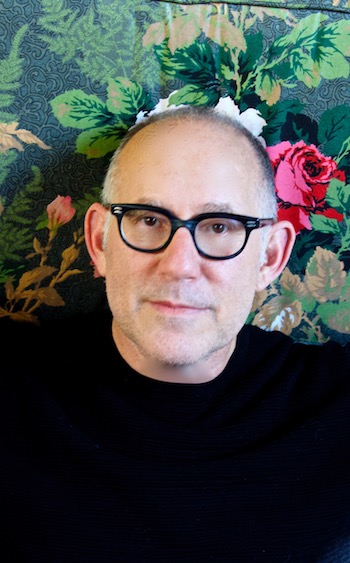 Born and raised in suburban Detroit, David A. Keeps came of age tuning in Soupy Sales and Batman and listening to Motown and the British Invasion on local radio stations WKNR and CKLW. At the University of Michigan, he traded up from pop to glam and punk precursors including Bowie, Alice, Lou and Iggy. After visiting London in the summer of 1977, he began writing for New York Rocker, where he would also hustle record company ads in the early 1980s.

He was tapped by a pre-Pet Shop Boys Neil Tennant to work on the American version of Smash Hits (known as Star Hits due to copyright issues), where he became a chronicler of all things "New Wave" during the middle 1980s. The Anglophile Keeps also wrote for Creem and English publications including a myriad of EMAP titles, the NME, The Face and Arena.

Throughout the 1990s, Keeps led music, celebrity and style coverage in the Condé Nast iteration of Details. As an L.A.-based freelancer, he contributed to the New York Times, the Los Angeles Times, Travel + Leisure, GQ, Rolling Stone and Blender. He hosted two travel shows, Art & the City and The Scenic Route for the Ovation channel and worked as a writer and producer for the award-winning film and television production company World of Wonder.

Was (Not Was): Back Come the Freaks

Was (Not Was)'s major problem was that they could never sing. Their voices would always come out sounding freaky. To overcome this they've brought in ...

Profile and Interview by David A. Keeps, Creem, February 1984

LOS ANGELES — An incandescent chainsaw named Elvis snuggles up to a sex ad floozie on the back, and on the front the title begs ...

JOHN COUGAR Mellencamp has a big old heart and one helluva nerve. First he has his buddy (and band hairdresser) warm up the crowd with ...

They're from New York. They're the most famous rapping crew in the world. Their single 'White Lines (Don't Don't Do It)' has been in the ...

Quiet Riot: Very serious about not being serious

FOR YOUR average cub-reportin' type rock hack, the Road Trip stands as a hallowed institution, a chance to meet rock 'n' roll's Olympians "up close ...

"For five years I've been really working at creating masterpieces. Now I do a song and put rapping on it — which is really the ...

Madonna: "I always acted like a star even before I was one!"

And that time has certainly come. She's had massive hits both sides of the ocean, and she's started making movies and claiming she'd "like to ...

Report and Interview by David A. Keeps, Smash Hits, 4 April 1985

THESE BOYS ARE BUSY. TWO YEARS AGO THEY WERE NUMBER ONE WITH 'CANDY GIRL'. NOW THEY'RE BACK WITH 'MR TELEPHONE MAN' AND 'COOL IT NOW', ...

WHAT WOULD you call a band that wears a lot of black leather, sings about 'Masters And Servants' and claims that "God has a sick ...

RuPaul: The World According to RuPaul

Duran Duran spent one half of the '80s as international pop playboys and the other half surviving the experience. Will success spoil them again? David ...

No Doubt, Gwen Stefani: No Doubt: Gwen in doubt

GWEN STEFANI'S SURVIVED A FRIEND'S SUICIDE, A FLOP RECORD, AND A BAND THAT WAS SET ON SELF-DESTRUCT. NOW SHE'S AN INTERNATIONAL SEX SYMBOL WITH A ...

Report and Interview by David A. Keeps, Details, July 1997

MTV listens to them, so does your local DJ. From the Go-Go's to Beck, KROQ has always played tomorrow's hits today. David A. Keeps goes ...