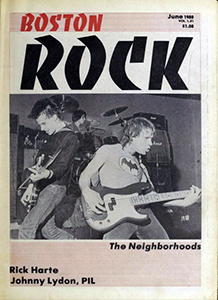 FLOWERS OF Romance reminds me of this old Sid Caesar joke. He introduces a jazz musician as being "...on radar, to let us know if ...

The Clash, Grandmaster Flash & the Furious Five, The Mo-dettes: The Clash: The Foul-Up

THERE IS always a part in a Tom Petty song when he knows he's got you, when he zeroes in and touches you. Like the ...

IT'S SUMMER and the Clash are back, not on Broadway but on the radio. 'Rock the Casbah' is blaring out of car windows not just ...

THE URGENT guitar playing that cuts through the rumble of 'The Public Image Theme' isn't just the sound of a guitar going through an amp. ...