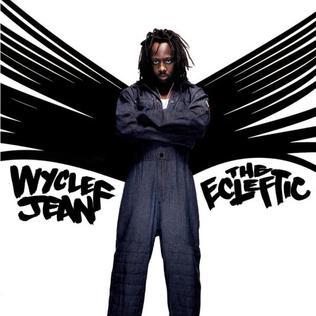 A LOT OF RUBBISH has been written about the Fugees since 'Killing Me Softly' elevated them to the dizzying pinnacle of pop stardom, and Wyclef ...

EVER HAVE A bright idea, a 1000-watt bulb so blazin that it inevitably slides into the collective consciousness of pop culture? Even if the brainstorm ...

Star-Spangled Bummer:  Record of benefit concert/telethon for victims of September 11 ...

SO YOU'RE sitting there, in the London Metropole hotel, chatting to Wyclef Jean about his new LP, Maqsquerade. ...

What do you get if you cross hip-hop superstar Wyclef Jean with the voice from the Valleys? The most soulful record of Tom Jones's career, ...

I FIRST HEARD Infidels when I was about 15 years old. My brother was away, me and him were in different schools. I was more ...

Wyclef Jean: "I preach to the streets"

That "one time, two times" bloke out of the Fugees makes an album for MOJO readers. No, really. ...

Wyclef Jean: "Fans are calling me the new Dylan"

WHAT SCUPPERED Wyclef Jean's bid to be president of Haiti? Well, it wasn't modesty. On the eve of the election result, the rapper talks death ...