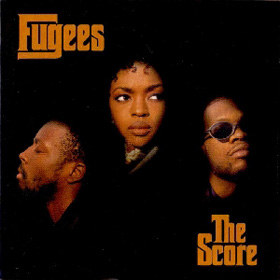 Fact: like it or lump it in with the nastier things in life, hip-hop is still growing like the tumour from hell. Fittingly, as the ...

THE SPECIALIST rap press is giving mad love to Fugees at the moment. ...

With Help From Roberta Flack, The Fugees Are Redefining Rap

IT'S SEVERAL HOURS BEFORE the start of the recent Fugees show here at the Irvine Auditorium on the University of Pennsylvania campus, and the rap ...

COOL ALWAYS HAS CONTEXT. Tonight that context is the growing awareness that hip hop and black American music in general have embraced a new set ...

The success of 'Killing Me Softly' this summer has turned them into MTV darlings and global stars. Yet lead singer Lauryn Hill still believes she ...

Incredibly hiphop: If the Fugees were any bigger, they'd explode. Caroline Sullivan finds out why ...

Ready Or What?: The Fugees: Brixton Academy, London

THREE NUMBERS. Over some 40 minutes prior to the encore, that's all they manage to play. Three numbers in full. And two of them are ...

From healthy US hip hop act to global superstars in under twelve months, you could say 1996 has been a remarkable year for the FUGEES. ...

Report and Interview by Michael A. Gonzales, The Source, September 1998

With five Grammies on her mantelpiece, two children and a charity to her name, singer Lauryn Hill has achieved an awful lot at the tender ...

The Fugees: 'Killing Me Softly'

Retrospective by Johnny Black, Blender, May 2003