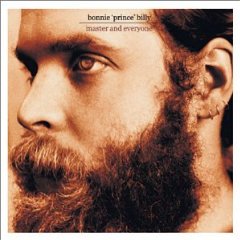 The Prince Of Darkness

"I created Billy and let him take care of the performing. It's not me, Will Oldham, who gets up on stage." ...

The albums of Palace eminence Will Oldham do not take long to listen to (this one lasts just over half an hour), but there is ...

THERE IS A STRANGE subcurrent in the American rock music of the mid-'90s: a subcurrent of lo-fi, willfully inept, not-quite-country rock that stretches from the ...

Viva Will Oldham: The Permutations of Palace

THE VARIOUS mutations of the Palace name are a cover for the extraordinary career of Louisville's Will Oldham. The opposite of the businessman who opens ...

Will Oldham aka Bonnie Prince Billy

WILL OLDHAM is supposed to be the Mr Misery of new country. So what's he doing on GLR trying to persuade Sean Hughes that Aerosmith ...

Heading For The Ditch: Smog and Will Oldham

Report and Interview by Ben Thompson, The Independent, February 2000

IT'S ONLY THE first week in February and already spring's sonic daffodils are poking through the boy-band mulch. Those who feared they would live their ...

WHERE OTHERS seek the high ground to illuminate themselves and their work, Will Oldham has persistently covered his tracks and found refuge in the shadows, ...

Profile and Interview by Sean O'Hagan, The Observer, 17 November 2002

He’s the finest songwriter to come out of America in the past decade. Just ask Johnny Cash. But Will Oldham doesn’t play the fame game. ...

FIRST THINGS FIRST. The 15 songs that Louisville Kentucky singer-songwriter Will Oldham has chosen to reinterpret here (originally featured on three albums, an EP, a ...

Profile and Interview by Andy Gill, The Independent, 19 March 2004

Bonnie 'Prince' Billy, the artist formerly known as Will Oldham, is perhaps the most uniquely gifted songwriter of his generation. And, as Andy Gill discovers, ...

Interview by Rob Hughes, Uncut, May 2004

Whether recording as Bonnie "Prince" Billy, Palace Brothers or just plain Palace, Will Oldham is one of the most enigmatic, brilliant songwriters in America ...

WILL OLDHAM could never make it as an Old Testament prophet. Despite the beard, the hair and the intensity, the atheism would always let him ...

Will Oldham – album by album

WILL OLDHAM has developed a forbidding reputation since first attracting attention as part of the Palace Brothers in the early '90s. Whether glowering from album ...

Over the past two-and-a-half decades Kentucky, Lousiville's Will Oldham, or the artist most commonly known as Bonnie "Prince" Billy, has amassed one of the strongest ...