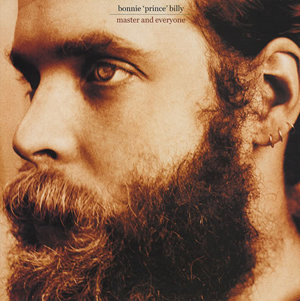 WILL OLDHAM is supposed to be the Mr Misery of new country. So what's he doing on GLR trying to persuade Sean Hughes that Aerosmith ...

There's a party on his patio, and Will Oldham's in a hellish good mood. All hail His Royal Happiness, says Sylvie Simmons. ...

THE MAN ON stage with the bulging barfly beard and ruffled scraps of remaining hair may not look much like royalty. But Bonnie "Prince" Billy, ...

Bonnie "Prince" Billy: Master and Everyone

Literate hillbilly Bonnie "Prince" Billy — aka Will Oldham — raises his profile and lays the heart bare with a candidly beautiful album about the ...

PHOTOS OF MORRIS dancers adorn this home of the English Folk Dance & Song Society, and the atmosphere is pin-drop reverent as the Prince's legions ...

IT'S STILL DIFFICULT for me to listen to the music of Will Oldham – aka Bonnie "Prince" Billy – without thinking back to when I ...

Will Oldham: Album by Album

Will Oldham has developed a forbidding reputation since first attracting attention as part of the Palace Brothers in the early '90s. Whether glowering from album ...