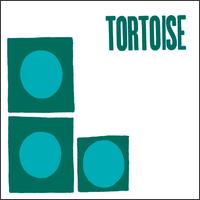 The new TORTOISE album, with its radical approach to rock, dub, trip hop and avant-Techno, will blow your mind. SIMON REYNOLDS heralds the future ...

Tortoise: Getting Up To Speed

Depending on your point of view, American group Tortoise are either cutting edge avant rock, or ponderous Prog revivalists. Either way, the buzz generated by ...

Like Michaelangelo and his Ninja mates, they're mutant crossover crazies in a half shell! They are Chicago's TORTOISE and, supporting ver 'Lab on their British ...

SOMEWHERE IN the paranoid corners of your mind, there are scientists trying to claim this music as their own. They erect cages of solemn reason ...

IN 1997 THE toilers on rock's margins buffed their edges, dubbed in some breathing space and inserted enough kitsch samples to bring their experiments closer ...

Test card music for the Gods. Band at vanguard of American 'post-rock' developments ...

This time with added tunes! Album number four heralds a return to form for the chameleonic Chicago instrumental collective. ...

CURRENT DEFINITIONS of jazz are clearly somewhat flexible, judging by the avant-rock double bill that closed this year's London Jazz Festival on Sunday night. The ...

see also Sea and Cake, The