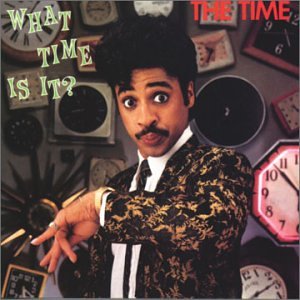 Time For The Prince Who Will Be King

Profile by Vernon Gibbs, Creem, May 1983

HALFWAY THROUGH the concert, the long legged blonde keyboard player has stripped down to her underwear. The occasion is Prince's underground classic, 'Head', in which ...

Prince's Purple Rain: 'Scuse Me While I Get Some Popcorn

"THE BAND used to always try to smell the clothes before I put them on," says Time leader Morris Day, talking about how he first ...

ON THEIR third (and final) album, the Time continues to sound like Prince's opening act, the band's lyrical thrust dealing with things that its mentor ...

Now Is The Time For Morris Day

He played the senior dude in Purple Rain, the one who nearly stole the show from his real-life hometown rival Prince. He calls his autobiographical ...

Time without the Prince

MOST BANDS that get together after solo careers do so to cash in on their past. If the Minneapolis band the Time had wanted to ...

To mark the tenth anniversary of Jam & Lewis's ultra-successful Flyte Tyme Productions, Jeff Lorez flew to Minneapolis and spoke to Jimmy Jam for more than eight hours over two ...

On screen, the lead singer of The Time played a scene-stealing version of himself as the Purple One's nemesis. But off screen, their love-hate relationship ...