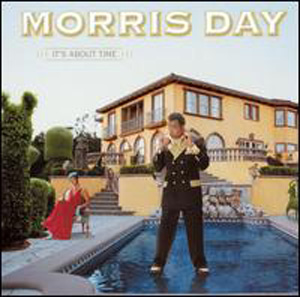 So just whose tongue is in whose cheek! ...

"THE BAND used to always try to smell the clothes before I put them on," says Time leader Morris Day, talking about how he first ...

Those Who Would Be Prince

WHEN PRINCE decided that he didn't like Eddie Murphy making fun of his high-heeled boots, the rock star walked out in the middle of Murphy's ...

Now Is The Time For Morris Day

He played the senior dude in Purple Rain, the one who nearly stole the show from his real-life hometown rival Prince. He calls his autobiographical ...

Sellout Time for Day but the Routine's Dated ...

On screen, the lead singer of The Time played a scene-stealing version of himself as the Purple One's nemesis. But off screen, their love-hate relationship ...