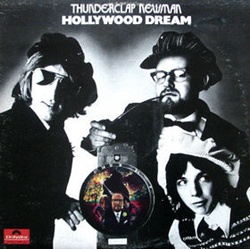 "I'm gonna make you a star" said Pete Townshend to Thunderclap Newman... and he meant it!

NOBODY REALLY expects anything connected with the Who to be quite normal, but with Thunderclap Newman, Pete Townshend has come up with a gem. Apart ...

SOME WEEKS ago, I went horse riding with Thunderclap Newman. ...

The Crazy World Of Thunderclap Newman

WHO IS THIS strange, Pickwickian character, rumbling and bumbling gaily into the pop scene? ...

The Move: 'Curly' (A&M); Thunderclap Newman: 'Something in the Air' (Track)

MY FELLOW devotees of what is frequently referred to as rock and roll's English sound should, on finishing this sentence, rush out willy-nilly in excited ...

A LIST OF exceptional recent releases would have to include Neil Young's After the Gold Rush, The Voices of East Harlem's Right On — Be ...

From Out Of The Shadows Comes Speedy Keen

IF SOMEONE EVER asked me to compile a list of my ten favourite singles of all time I'd have five 'definites' straight away and about ...

One Hit Wonder: 'Something In The Air'