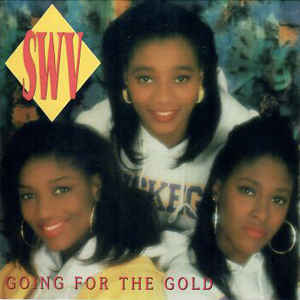 SWV STANDS for "Sisters With Voices." No, they aren't sisters, but they have voices that you cannot get away from, no matter how hard you ...

Hormones in Harmony at Garden Summerfest sizzles with sex as rappers drop trousers & leave pants in their wake ...

IT'S ABOUT Time is a pretty applicable title for this group's release in the UK which has been long overdue. Into their umpteenth hit single ...

Report and Interview by Paul Sexton, The Times, 29 November 1996

Graphic sex is out and good, old-fashioned lurve is in for America's latest soul stars. Paul Sexton meets some of them ...

Beauty and the beast ...

AFTER SELLING two million copies of their ingenuous debut, It's About Time, and following it up with last year's platinum New Beginning, the ladies of ...

Profile and Interview by Michael A. Gonzales, Ebony, 22 January 2016

With their fifth studio album, Still, on the horizon, Taj, Lelee and Coko remain sisters after nearly 25 years in the music biz. ...