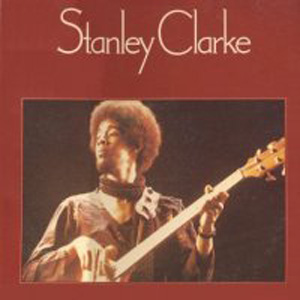 BASS PLAYERS are not really famous for standing out in the world of rock. McCartney, of course...Jack Bruce...Bill Wyman sometimes. In Jazz, however, where the ...

Once, when individual members of a band began to make solo albums, it was a sign that the seams were beginning to split a portent ...

IF YOU'VE heard either of Clarke's two previous Nemperor albums then you're already familiar with the music here. The basic conception remains the same — ...

NEW YORK — Stanley Clarke sits attentively behind the mixing board in Electric Lady's Studio B, concentrating a dispassionate producer's gaze on Roy Buchanan in ...

HAVING TAKEN root in the early Seventies, flourished brightly for a few years and then appeared to wither into a state of atrophy, jazz-rock did ...

"In a lot of ways, I guess I've taken the bass as far as it can be taken", says Stanley Clarke ...

Stanley Clarke Lets His Bass Do the Talking in Solo Album

STANLEY CLARKE got an offer last year that he couldn't refuse... once he picked himself off the floor. ...