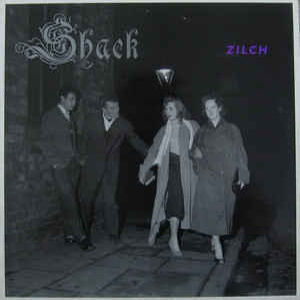 Liverpool's SHACK discuss the concrete and clay behind their latest album. ROY WILKINSON unearths the EastEnders and Derek Hatton influences. ...

Shack: The Duchess Of York, Leeds

SHACK APPROACH the popular song like a long-lost prodigal, giving it a big hug and a "great to have you back". Formed from the ashes ...

Smack addiction, tragic death and a clueless music biz may have conspired against the fortunes of genius singer-songwriter MICK HEAD and his band SHACK, but ...

This is a story of highs and lows. Of drug addiction, of long lost albums, wasted opportunities and ultimately — perhaps — much deserved success. ...

Shack: All You Need is Love

Tom Cox finds the Head brothers of Shack in Liverpool — but spiritually, they're in Los Angeles, circa 1967 ...

TO LOOK AT THE QUARTET of off-duty plumbers who comprise Liverpool's Shack — which you can't do on their current album, HMS Fable, as it ...

BACKSTAGE, the band's name is being wielded as a verb — to get "Shacked". As in to be drawn into Shack's chaotic, hedonistic tailwinds. To ...

Shack: Here's Tom With The Weather

THEY'RE A LUCKLESS lot, Shack. They made Waterpistol, an album that might have been one of the defining recordings of 1991, had the studio not ...

Shack: Here's Tom With The Weather

IT'S FITTING that Shack's new album (their third? fourth? — the Head brothers have lost so many master tapes and had so many pseudonyms over ...

MARCH 2006, and in Liverpool feral rat-faced folk with the lean and hungry look seem to be everywhere. Junkies – on the street or selling ...

WATERPISTOL WAS meant to be Shack's second album. Although work towards completing the follow-up to March 1988's Zilch had begun in 1990, nothing went to ...

SHACK'S DEBUT album Zilch was originally issued by a label expressly set up to promote the talents of the band's leader Mick Head, the former ...