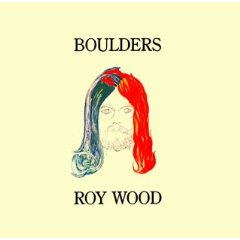 He's been called the Al Capone of pop, and the reputation's, shall we say, a little heavy. A nervous Robert Partridge talks to Don Arden... ...

FOR A MUSICIAN of his acknowledged brilliance, Roy Wood has shown an inordinate interest in paying tribute to the past works of others. ...

Roy Wood: Yeah Roy, But What Do You Sound Like?

THERE WAS the time that Roy Wood shoved his jeans in the washing machine and ended up with one very wet, very tattered and very ...

WHEN OLIVER Ulyses Adrian ('Roy') Wood joined the ranks of Birmingham's professional musicians back in 1964, few observers could have guessed that he would evolve ...

EVEN IF you don't particularly care for Roy Wood (and his music seems to arouse, negatively speaking, disinterest rather than hate), you have to give ...

Interview by Phil Sutcliffe, Sounds, 8 May 1976

ROY WOOD IS: the wild man of Brummio who terrifies your parents whenever he's let loose on the antiseptic air-time of Top Of The Pops ...

TAPE RECORDER OFF, Roy Wood typically loosens up, revealing a few of his franker thoughts. "I've written something like 30 hit songs, you know," he ...

GRUNTINESS, that's what it comes down to. ...

TRIPS TO the supermarket can take twice as long in December when you're Roy Wood. The humdrum chore of grocery shopping is constantly interrupted by ...

Anyone else apart from Roy Wood ever been sued by a prime minister? ...