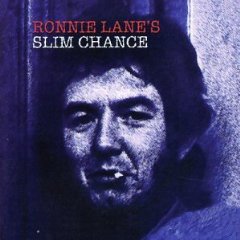 Pop Think In: Plonk Lane of the Small Faces

STEVE CROPPER: Oh yeah! He's a sort of idol — somebody I admire very much. Actually I'm past the idolising stage. When you first start ...

"CHAOS!" said Ronnie Lane, crinkling his expressive face into a smile against the sunshine raining on his caravan. "Courage," I thought, gazing at the Big ...

SOMEWHERE IN the hinterlands of this once-proud isle, in a medieval pub which has beams wallpapered with matchbooks proclaiming the existence of "Joe's Cafe", Ronnie ...

Ronnie Lane: All Roads Lead To The Big Top

As Ronnie Lane prepares to take his Passing Show back on the road, Mick Brown reports ...

The Bass Player At The Gates Of Dawn: How come Ronnie Lane left The Faces?

Report and Interview by John Pidgeon, Let It Rock, May 1975

THERE MUST BE something frustrating about playing bass in a group. Else why would so many want to swap instruments like Ron Wood, go solo ...

RONNIE LANE'S up in town today. Been up from the farm in Monmouthshire for about a week now. ...

The Return of You Know Who: Pete Townshend and Ronnie Lane

PETE TOWNSHEND is back — with a new album accompanied by his old mate Ronnie Lane, and with trenchant views on punk. ...

Profile and Interview by Charles Bermant, The Globe and Mail, 27 July 1987

SAN FRANCISCO. The last time Ronnie Lane performed here it was for 16,000 people in a sold-out arena. On this night, he has managed to ...

Ronnie Lane: One For The Road (Edsel)

IN 1995, THE WORLD seems to have finally rediscovered The Small Faces, one of the most significant and respected groups of the British beat boom ...

ON THE fourth of June, 1997 the world of popular music lost one of its finest song writing talents when Ronnie Lane, affectionately known to ...

IT MAY WELL have been his 'Song Of A Baker' on the Small Faces' Ogden's Nut Gone Flake that first had me believing that Ronnie ...