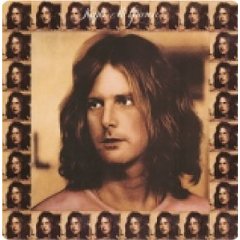 Roger McGuinn: Roger And Out

Report and Interview by Chris Charlesworth, Melody Maker, 4 May 1974

"JEEZ, I HOPE the sound guy is straight tonight." said Al. "The guy who did it last night didn't have a clue. Might wind up ...

HEROES AREN'T ALWAYS hard to find. Roger McGuinn, founding member of seminal '60s group The Byrds, seems to make a career these days of being ...

NOW THIS is a little more like it. Of course, it would be ludicrous to expect a sudden reconciliation with the original classic Byrds feel ...

Roger McGuinn: Spacemen in my garden

ROGER McGUINN has been around a long time. Way before the Byrds, he was with the Chad Mitchell trio – superstars of the Peter, Paul ...

NIK COHN seemed to have it pretty well summed up in his Byrds caption for Rock Dreams: "The Byrds weren't so much a band as ...

LOS ANGELES – A solitary figure in the Troubadour spotlight, Roger McGuinn swayed gently as he sang: "Hey Mr. D. do you want me to ...

Retrospective and Interview by Michael Gray, Let It Rock, January 1975

IT'S FRIDAY 30TH AUGUST, in Birmingham England, and it's afternoon. Roger McGuinn is listening to a track off his second solo album, Peace On You. ...

IT'S BEEN A fair old while since anyone pointed the finger at Roger McGuinn and accused him of pumping out high energy rock and roll. ...

ROGER McGUINN’S return to the Los Angeles Troubadour could be described as something of a minor triumph. With Steve Love, Richard Bowden, Greg Attaway and ...

ABOUT EIGHT OR nine months ago I was preposterously drunk in the Bottom Line club in New York watching the Roger McGuinn Band. ...

NEW YORK: Roger McGuinn is an institution in American rock music and, like all institutions, he seems to crop up at least once a year ...

A FLURRY of movement on a darkened stage then a sudden hit of déjà vu – that voice and the song and the long jangling ...

Roger McGuinn is explaining that he's found religion. He's now a Christian. Jesus is the only one in sight that he can believe in. He's ...

ROCK HACKS aren't allowed near Bob. He's got no time for the press. In fact, someone who once met his grannie's dog-minder tells me Bob ...

Breezy blend with a Cuban flavour ...

Roger McGuinn: A Byrd Returns To The Nest

WHEN IT comes to the legends of rock & roll, there aren't too many singer-songwriters who have had the impact on contemporary rock as Roger ...

Nothing defined the sound of The Byrds so much as the 12-string Rickenbacker guitar of their leader Jim McGuinn. As the years went by his ...

A BLACK EXECUTIVE chair sits in the middle of an empty stage in a in a puddle of swirling, blobby, cod-psychedelic lights. It’s as if ...

THE OPENING JINGLE-JANGLE 12-string Rickenbacker guitar line on The Byrds' 1965 classic, 'Mr Tambourine Man', ushered in a new era in popular music – the ...

The Byrds' Sweetheart Of The Rodeo at 50

MARKING THE 50th anniversary of the groundbreaking Sweetheart of the Rodeo, Byrds co-founders Roger McGuinn and Chris Hillman have been performing the album in its ...