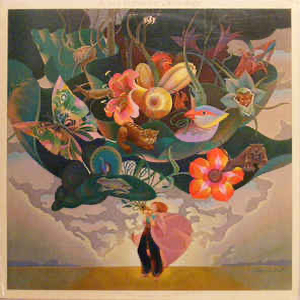 AS THE FIRST in a four-concert series, the Rutgers Institute of Jazz Studies presented Chick Corea and Return to Forever last Friday at the Carnegie ...

WITH THE demise of the Mahavishnu Orchestra, other record companies are looking for their own spacey, super-excellent, speedy-riffing jazz-rock group to grab some of the ...

Return To Forever, Hatfield and the North: Rainbow Theatre, London

STRANGE THING about the Return To Forever gig at the Rainbow, and that was that the place seemed fuller than I've ever seen it before. ...

"I GREW UP in a musical environment," states Chick Corea matter of factly as he sits cross legged in the main room of the apartment ...

Chick Corea: Playing the Harmonics of a Hotel Ass Cushion

...among other harmonics of course. The piano man describes the development of his new outlook to BRIAN CASE ...

NEW YORK — Stanley Clarke sits attentively behind the mixing board in Electric Lady's Studio B, concentrating a dispassionate producer's gaze on Roy Buchanan in ...