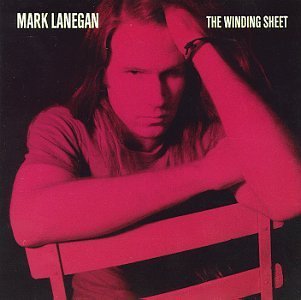 MARK LANEGAN, singer with Screaming Trees, America's premier country-grunge act, has just made a solo record which is even better than his band's stuff. Which ...

When was your first time in jail?"I was twelve years old... It was for shoplifting. Shoplifting booze, heh heh heh."Have you always been attracted to ...

IF YOU HAVE no tolerance for revolving-door "recovering" addicts who feel compelled to chronicle, on record after record, every opium-drenched near-death vision and every groveling ...

MARK LANEGAN HAS JUST PUT THE unfiltered Camel to his lips when there's a knock at the door. It's his UK record company's PR. "I ...

Mark Lanegan: The Art of Darkness

Mark Lanegan's unmistakably melancholy voice has featured on a multitude of collaborations. But, he tells Andy Gill, his latest album is his own. Well, kind ...

Over a series of solo albums, work with Screaming Trees and Queens Of The Stone Age, among others, Mark Lanegan has proved his worth as ...