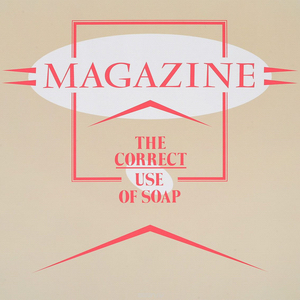 "Well I say what I mean/I say what comes to my mind" – 'Boredom' "Whatever makes me tick/It takes away my concentration" – 'Breakdown' ...

FOLLOWING AN initial period of liberation, punk, like all revolutionary forces, soon substituted new orthodoxies for those it had blown apart. ...

Magazine: This Man Is Not A Minor Writer!

For a start he's dispensed with words! ...

HOWARD DEVOTO gives good face. Unlined and triangular, topped with a vast expanse of forehead; the kind that popular folklore maintains is the unmistakeable dead-giveaway ...

WERE YOU a wimp at school?I wouldn't say I was a wimp. I think I did get bullied. ...

"Whatever your feelings about Howard Devoto are, they're no doubt strong" – the opening salvo of the last feature penned on the subject in these ...

LATE THURSDAY afternoon. I am angry, very angry, for reasons that form too personal a tale but revolve around a head-on collision with hysterical illogicality. ...

ONCE UPON a time — No, I'm not going to do that. It's tempting, but I really dislike record reviews that masquerade as short stories. ...

I NEVER CARED much for Magazine. They were a group without a style, or at least a group whose style consisted in a profound lack. ...

Magazine: Magazine... (Where The Power Is)/…Magazine (Maybe It's Right To Be Nervous Now)

IF PUNK ROCK was anti-pretension, somebody forgot to tell Magazine's Howard Devoto. ...

Howard Devoto: Shot By Both Sides

AND THEN, in 1976, when Howard Devoto was 24, he wrote and recorded four fast songs with the group Buzzcocks, and they became the EP ...

IF EVER THERE was a soundtrack for the Cold War era, it was Magazine. Musically and lyrically, this definitive new wave band inhabited the wintry ...

The post-punk Phil Spector lives on again on a (single CD) retrospective that reveals him to be a producer both before his time and ahead ...

Magazine: The Making of 'Shot By Both Sides'

Powered by a razor-riff, nihilist lyrics, some classic-rock chops and an infamous showing on Top Of The Pops, this ferocious anthem was the closest thing ...

Magazine: "These gigs are a cherry on a cake"

Report and Interview by Nick Hasted, The Independent, 20 February 2009

THE ONE-TIME "most important man in pop" made a quietly triumphant comeback last week. Howard Devoto's Magazine, missing since 1981, were the most uncategorisable band ...