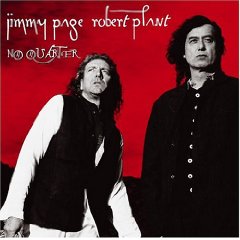 Jimmy Page and Robert Plant: Not The Led Zep Reunion

Jimmy Page and Robert Plant: Been A Long Time

Led Zeppelin's chapter in the history of rock'n'roll has long been secure. So why have Robert Plant and Jimmy Page decided to rewrite the ending? ...

THE LONG-AWAITED PAGE/PLANT reunion provokes the concert season's most testing question: can two of rock's former prime players, now with a combined age of nigh ...

THE VERY IDEA of MTV as deus ex machina is enough to send shudders down the hardiest spine. But MTV it was who approached Robert ...

Review and Interview by Sylvie Simmons, Mat Snow, MOJO, May 1998

WHEN, IN 1994, MTV approached Robert Plant – otherwise engaged making records with unknown youngbloods, and saying rude things about Jimmy Page for working with ...

Page and Plant Unledded: The London Filming for MTV

2004 INTRO: In 1993 all hopes of any conceivable type of Zeppelin reunion seemed well off the agenda. Page and Plant were both wrapped up ...