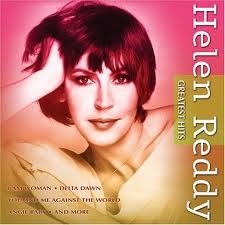 THEY invited 20 people for a quiet little get together back at their Hilltop home after her show closed — and 280 turned up. ...

A VERY HEAVY Ameri­can biography on Helen Reddy comes on with excessive amounts of material on the super­natural, her beliefs in ESP and parapsycho­logy* until ...

"I STARTED singing my own songs because no one else was saying what I wanted to say," explains Helen Reddy, the Australian born singer who ...

A Requiem For Miss Christine

THE DEATH OF Christine Frka has depressed me deeply. Miss Christine (she never used that troublesome last name) had hershining face on this page a ...

THE LIFE of a rock and roll writer, as I have said all too often before, is not all sunshine and roses. The Friday night ...

THERE IS something about Helen Reddy which just gets up my nose. I didn't know that, mind you, before I went to the first of ...

"On my first visit to Los Angeles I was conventionally prepared for almost anything except for what it really looked like – a quite beautiful ...