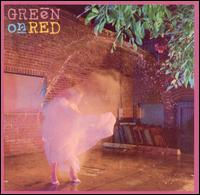 ALL OF a sudden, it’s a-happening. Seems like every LA outfit that you ever read about in these pages moons ago is over here with ...

I HAVE ALWAYS attempted to give Los Angeles the benefit of the doubt as regards music. All right, so maybe I've never quite gotten over ...

Green on Red: The Killer Inside Me (Mercury) **

Jim Dickinson and the New Low-Fi

Green On Red: Ugly But Honest

DAN STUART IS about to take his beat-up '65 Dodge across a Tucson railway crossing when a Southern Pacific freight train begins crawling by. Stuart ...

MORE TWISTED tales from the cynical heart of America between the wars (Vietnam and this one), or at least between girlfriends — the weird ones. ...

ROB HUGHES ON THE DARK AMERICAN GEM THAT WAS GREEN ON RED'S THIRD LP ...