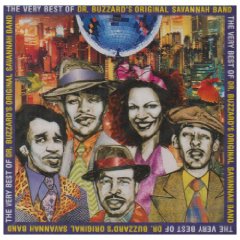 "To try to write love is to confront the muck of language: that region of hysteria where language is both too much and too little, ...

David Nathan spends an enlightening few hours with five very intelligent but pretty crazy people who are really shaking the industry up ...

Davitt Sigerson Probes Into The Mind Of Stony Browder Jr. ...

Disco Doesn't Have to Mean Dull

A CHECKER CAB pulls up at the corner of MacDougal and 7th; out of it steps Mr. Michael Zilkha. The cab is yellow with a ...

AUGUST DARNELL sounds like one of those mysterious names that invariably appear in the final credits of a movie or TV series. Could it be ...

Tropic of Creole: The Indiscretions of August Darnell

The story so far... We are about to meet SUSANDRA MINSKY, who could be described as August Darnell's first wife, although they never did get ...

Report and Interview by Larry Jaffee, Huffington Post, 21 May 2016

THE BREAKOUT HIT from the first Dr. Buzzard's Original Savannah Band album in 1976 was 'Cherchez la Femme', a sublime dance hit that even appealed ...