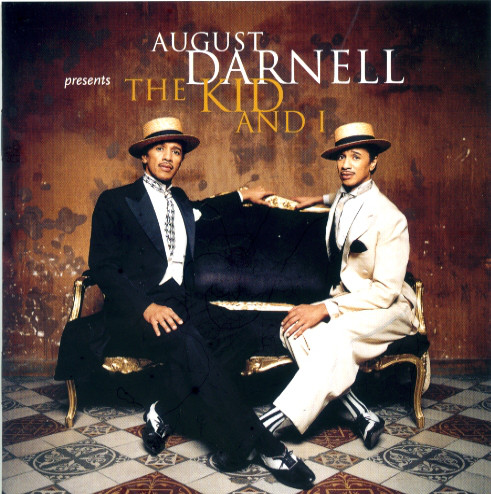 A CHECKER CAB pulls up at the corner of MacDougal and 7th; out of it steps Mr. Michael Zilkha. The cab is yellow with a ...

AUGUST DARNELL sounds like one of those mysterious names that invariably appear in the final credits of a movie or TV series. Could it be ...

The Kid & I: A Dinner Date with Kid Creole

The night Fiona Russell Powell joined August Darnell for a late late dinner date ran into the morning of the Kid's 32nd birthday and the ...

ON A hot Wednesday evening I'm playing flick-yer-bic with the dial on my television, you know: flick — Three's Company — flick — Masterpiece Theatre ...

Tropic of Creole: The Indiscretions of August Darnell

The story so far... We are about to meet SUSANDRA MINSKY, who could be described as August Darnell's first wife, although they never did get ...

Retrospective and Interview by Paul Lester, The Guardian, 7 September 2011

He was a zoot-suited wise guy who crooned out hit after hit. Now Kid Creole is back. Paul Lester meets the man who blew a ...

CAB CALLOWAY was something of a superstar by 1943. A would-be Harlem Globetrotter, he'd had that possible career nixed by his big sister Blanche, who ...