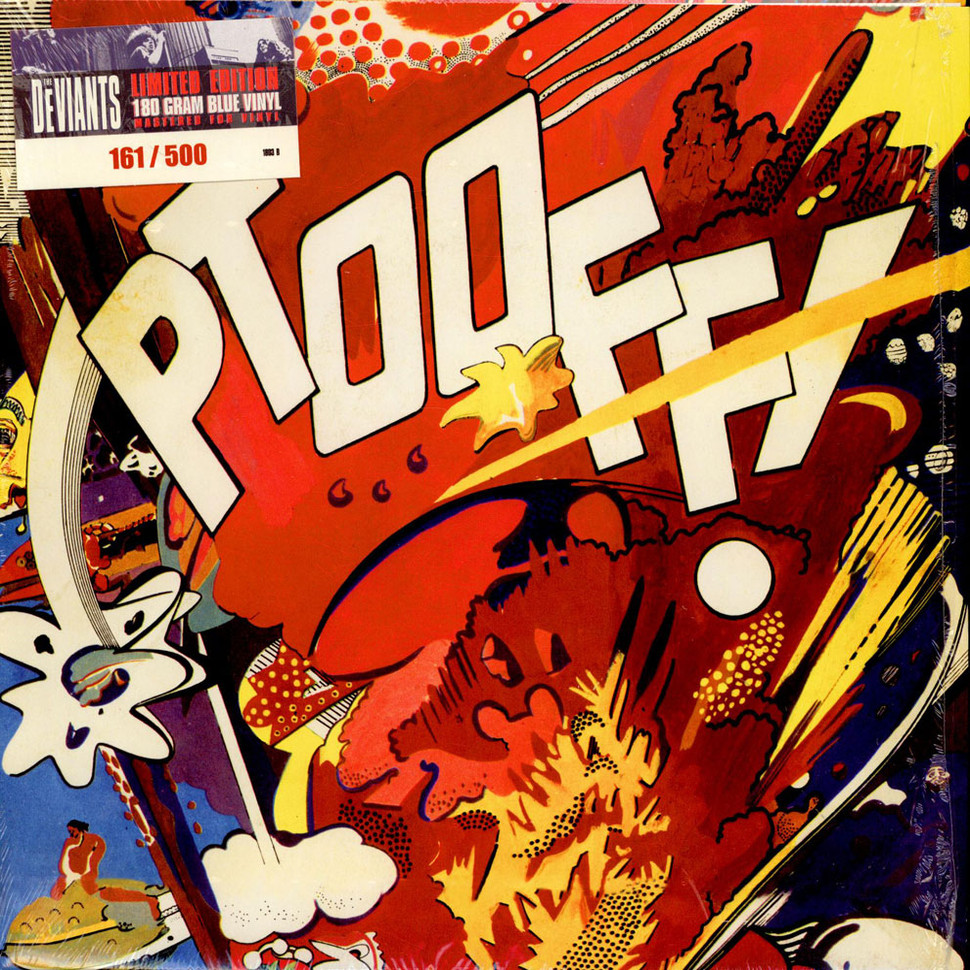 AS FAR as London is concerned, the hippies' paradise known as U.F.O. — stands for unidentified flying object, the non-own-up official term for flying saucers ...

The Deviants: Revolution — With Guitars, Not Bullets

FOR MICK FARREN, magnificently hairy leader of the (formerly Social) Deviants, the underground is a very definite force against the establishment, blind authority and the ...

From the Underground: The Deviants

IT'S BEEN SAID of the Deviants that they are the only real underground group. Like roots of the underground perhaps – because Mick Farren, first ...

ONE IS with the Deviants in spirit and one applauds the efforts of Mick Farren and Steve Sparkes who produced this second "underground" album, but ...

THE DEVIANTS are at their best when not imitating other groups. On this, their second album, it would be best to disregard a number of ...

The Deviants: 'The Function of Rock is to Have a Good Times, not to Stand Marvelling at the Guitarist's Technique'

RICHARD WILLIAMS TALKS TO THE DEVIANTS ...

WATCH OUT, world — Mick Farren is out to accomplish with Shagrat what he couldn't quite get together with the Deviants. ...

The Devious Thoughts of Mick Farren

ONCE UPON a time, Mick Farren was a social deviant. Then he became a Deviant. Not satisfied, young Mick decided to deviate and dispensed with ...

Chris Rowley has been probing the life and times of the Pink Fairies: the women, the liquor, the hot hot music, the grim realities behind ...

Pink Floyd, The Soft Machine, The Move... Some of Swinging London's swingiest played at the legendary International Times benefit at Alexandra Palace. Johnny Black rounds up a ...

They couldn’t sing. They couldn’t play. They were winding up the hippy establishment a decade before punk. And 30 years ago they enjoyed their finest ...

An Interview with Mick Farren

Mick Farren on the Deviants, Fantasy Fiction and Blowing Things Up

PUBLISHING MOGUL Felix Dennis was staring at the Caribbean Sea a few months ago, sucking down cocktails with fellow gazillionaires at Basil's Bar on the ...

Mick Farren & The Deviants: On Your Knees, Earthlings!!! (Total Energy)

Review by Gary Pig Gold, In Music We Trust, November 2003

MICK FARREN is one of the greatest madcaps Britain has yet to produce, I hereby loudly exclaim, and On Your Knees gathers together yet another ...

Mick Farren, who died onstage in London on Saturday, was a "living banner for the psychedelic left". He was also a friend who joined me ...