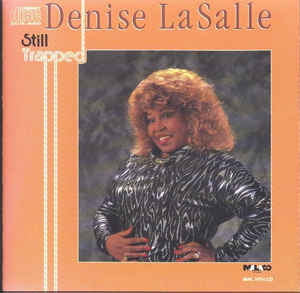 THE LAST twelve months have been extremely successful for new female Soul artistes. The most recent success belongs to Chicago's Denise La Salle, whose 'Trapped ...

IF THIS ISN'T THE best soul album this year, someone is going to have to come up with something really amazing. Denise La Salle is ...

DENISE LASALLE is a mass of contradictions. She prefers her music "mean, down-home and funky" but would "like to do a session in Philadelphia". She ...

Denise LaSalle: Under the Influence (ABC)

Denise LaSalle: on Top of the Influence ...

DENISE LASALLE THOUGHT her singing career was over three years ago. The blues-soul singer, who appears at the Long Beach Blues Festival Saturday, was a ...

THE DEEPER you go into the heart of them ol' United States, the deeper the soul, and way down yonder in N'awlins this kind of ...

Sidney Simien spent part of 1984 recording new songs at his home studio in Lake Charles, Louisiana. Unremarkable as this information may seem, it was ...