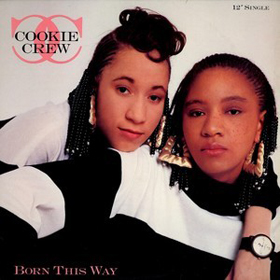 Rhythm King Records: Hit Me With Your Rhythm Kings

Somehow, somewhere James Brown became a fast-chat, no-flab funker. And he did it with the help of Rhythm King, Britain's leading dance indie label. Since ...

B-girls behave! THE COOKIE CREW call for unity on the homegrown hip-hop scene. LUCY O'BRIEN watches them clear the decks. ...

SOMETHING IS STIRRING IN DEEPEST SOUTH LONDON IN THE SHAPE OF RHYTHM KING RECORD LABEL ARTISTS THE COOKIE CREW, WHO FORM THE FEMALE HIP-HOP ASSAULT ...

ANOTHER SATURDAY night. The Cookie Crew have already pushed sensuality into the cause of women MCs, Three Wise Men have re-freshed us with the politics ...

South London's finest female rappers THE COOKIE CREW walk proud and talk tough, threatening such pillars of the Establishment as 'Fatch' and DLT in their ...

WITH TITLES like 'Black Is The Way', The Cookie Crew envince a compelling need to have their say, to disseminate informative missives on a whole ...

British rap is taken seriously in the States largely due to the Cookie Crew. Sheryl Garratt found out why ...

Sisters Are Rapping It For Themselves

Report and Interview by Caroline Sullivan, The Guardian, 16 January 1992

In the misogynistic world of rap, anybody who's not one of the boys is a whore or more genially a bitch. But even the female ...