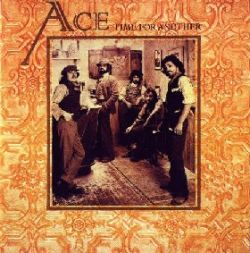 Ace Strong on ‘How Long’

THOUGH IT SOUNDS like a song about a stale love affair, ‘How Long’ is the story of an English band struggling to stay together. ...

Ace in the Hole

ROY CARR in Wandsworth with another of those up'n coming pub bands. ...

ACE PERFORMED a nifty little set at the Hornsey College of Art last Thursday. I do not have much information about this band except their ...

When you've spent your life on the breadline, one hit single doesn't mean a financial freakout. Our economics correspondent ROY CARR reports. ...

WHILE IT'S TEMPTING at first listening to lump Ace's first album with the Average White Band's AWB and then to make broad statements about the ...

FROM THE LOOK of its album cover, Ace is a band of five frustrated English football players who, like Rod Stewart, turned to music to ...

FOLLOWING THEIR debut vinyl effort Five A Side and the immense success of 'How Long', both here and in America, it certainly is "Time For Another". Yet ...

PHIL HARRIS, OF Ace, suddenly perked to attention on the edge of his chair and made a compassionate plea. "We love Britain, 'onest," he craved. ...

YOU CAN PICTURE the scene – it's the same one that goes down on the first night of every major college tour; equipment trouble, late ...

Review by John Swenson, Crawdaddy!, May 1976

Ace: It's An Ace Life In The Low-Key Whacky World Of Los Angeles