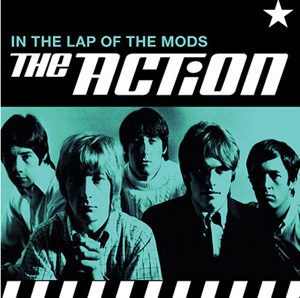 THE GREAT LET DOWN or what happens when a top group don't turn up... ...

Rave City 66: Groups On The Go Choose The Swingingest Scenes

And does it prove that what Manchester is today, London can be tomorrow? ...

This is where the Action is!

Interview by Maureen O'Grady, Rave, May 1966

The Action is at London's Marquee Club. And that's where Maureen O'Grady went to get this RAVE story for you... ...

Going where the Action is!

RAVE girl Maureen O'Grady goes where the Action is to bring you bang up-to-date on the most switched-on group in London Town! ...

PLAYING TWO jumping sets at Bognor's Shoreline Club — one of the most switched-on scenes on the South Coast — the Action again proved that ...

LEE DORSEY: 'Rain Rain Go Away' (Stateside) Lee Dorsey. It's in the same old vein and it'll be a hit. Sometimes I wonder if he ...

SHARON TANDY SOUTH AFRICAN female artiste SHARON TANDY had been singing with a band in S.A. for a few years when she was discovered by FRANK ...

"ALL THIS needs is for John Peel to appear with three loaves and five fishes and he could feed the ten thousand," said an observer ...

Underground: The Writing is on the Wall for Pete Brown and Action!

WAY BACK in 1960 Pete Brown gave everything up to try to make a living writing poetry. Not surprisingly, it wasn't too easy — five ...

ROGER TELLS the story with the quiet resignation of someone who has been fucked about so much that it really doesn't matter any more. ...

Action Grow Into a Mighty Baby

IS THIS the career for you? Twenty pounds a week, uncertain prospects and no luncheon vouchers. The life of a rock drummer is not necessarily ...

IN THE FALL OF 1966 the Action were at their zenith, one short step above complete obscurity. For one all too brief moment they had ...