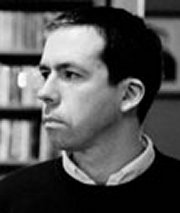 William Higham is a consultant specialising in both marketing and research for on- and off-line music and lifestyle brands. He has over 20 years experience in marketing and press departments of Sony, Virgin and Polydor Records. William likes Power Pop, dairy-free food and Italian suits and girls.

IT SEEMS LIKE some of the old guard are rediscovering their form over the last eighteen months: Brian Wilson, Bryan Ferry, Roger Waters and now ...

David Bowie: Fifty Ways To Love Your Bowie: Half a Ton of Fave Daves

WITH THE Bard of Beckenham on a critical high right now (and yes, new album Heathen IS his best in years), it seems an opportune ...

Musical bogeyman John Cale has a new album out with Brian Eno. He talks to William Higham about the new LP and when the chickens ...

THE DOORS avalanche begins here! Word Up corners the band's drummer and chronicler JOHN DENSMORE, reviews his book and checks out an investigation into Morrison's ...

FOR AN OLD XTC fan it doesn't get any better than this (well, not until Andy Partridge loses his stage fright anyway). And when I ...

William Higham concludes his epic list by nominating the Top 50 PP classix of all time... ...

Chiming and choogling, winsomely pretty and archly melodic, freshfaced and faux-naif... yep, it's that formidable sub-genre POWER POP, a blissful marriage of melody and energy ...

We Have the Power: A novice’s passport to the glorious sonic world of Power Pop

"Power pop is what we play. What the Small Faces used to play and the kind of pop the Beach Boys played in the days ...