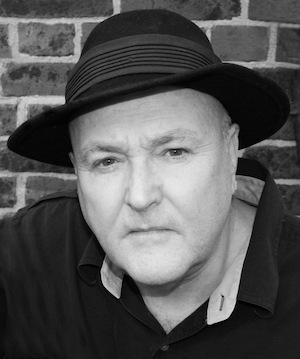 Tony Norman is a UK writer and musician. He started work in the '60s as the London pop correspondent of teenage magazine Jackie, before becoming assistant editor and chief staff writer at the weekly music paper Top Pops/Music Now from 1968 to 1971. During this time he interviewed many of the world’s leading rock stars including John Lennon, Jimi Hendrix and Mick Jagger. He also covered major rock events including Stones in the Park and Dylan at the Isle of Wight in '69, then Led Zeppelin at the Bath Music Festival in 1970.

Moving to the present, Tony's 2012 book, My Cool Sixties: Lennon, Jagger & The Rest, has won excellent reviews and the 2013 release, My Cool Sixties: The Album, features a collection of songs inspired by his memories of growing up in 60s London.

More on Tony Norman as a writer

More on Tony's book and album

John Lennon, Yoko Ono: John and Yoko: Can YOU Afford To Laugh At Them?

In Vietnam, young men are killing each other every day. In Biafra, young children are dying of starvation. Across the Continents of the world there ...

David Bowie Hopes To Take Over A Road...!

DAVID BOWIE is a quietly spoken young man. His hair curls around his head and his eyes are warm. In his face, his smile, you ...

JACK BRUCE has had a fascinating career. I first saw him in the days when he played with Graham Bond. What a band the Organisation ...

THE SUNDAY Lyceum scene is developing very well. The show there this week featured Steppenwolf and Family. The place was packed, proving that there is ...

MICK TAYLOR is 20 years old and has been gifted with the ability to play fine guitar. His pale, young face is framed by a ...

Family: An Advance Hearing of A Song For Me

SOME WEEKS before Christmas I sat in on a Family recording session at the Olympic studios just south of the river. At that time new man ...

KEITH REID is a member of Procol Harum; in fact, he was the founder member with Gary Brooker. He is in every publicity photograph. His ...

T. Rex: Bolan and the Future

I HAVE KNOWN Marc Bolan for several years now and have never thought of him as being, well, completely normal. By that I don't mean ...

THE MUSIC MAN sits there sipping tea and talking music.  Although he has always been a bit of a loner, he is certainly not an ...

PETE FRAMPTON has seen a lot of changes in his 22 years. There was a time when the pretty Face of '68 was showered with ...

The Rolling Stones: Andrew Loog Oldham: Behind the Shades — The Stones, and Other Stories...

ANDREW OLDHAM, THE MAN WHO DISCOVERED THE STONES ...

THE TERM "GUITAR hero" is used with increasing regularity. Pete Townshend's splintering aggressive antics have won him the tag; Alvin "up and down the fretboard ...

LAST WEEK, Andrew Oldham talked about his life with the Rolling Stones. Like Brian Epstein, Oldham seemed to be more than just an ordinary manager. ...

THE RAINBOW came back to life on Friday night with a snarl, a cheer and a smile. The near-capacity crowd had come to see Deep ...

BLACK AND PROUD, MUSIC FROM THE SOUL ...