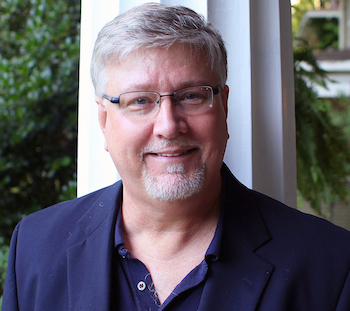 Tom Graves was the editor of Rock & Roll Disc magazine. He has written music and other articles for Rolling Stone, Musician, The Oxford American, American History, The New York Times Book Review, The Washington Post, and many other publications. He is also the author of several books including Pullers, a novel about the sport of arm wrestling, and the memoir White Boy.

You can email Tom at pullers2004@yahoo.com

IF MICHAEL JACKSON is not the most confusing entertainer of our time, you can't blame him for not trying. ...

Gene Vincent: Born To Be A Rolling Stone (Topline Records)

TO SEE JUST how far a former great rock and roller can sink, check out the 12 pieces of aural excrement that comprise Gene Vincent's ...

DURING THE HEIGHT of the Blues Brothers craze, I went to a small club to see the re-formed Sam and Dave. The dance floor ...

FRANK ZAPPA is nothing if not an American original. As American youth swarmed to record stores in search of Monkees and Archies records (it ...

From being a fresh-faced Bluesbreaker to the Rolling Stones and beyond: guitars, the blues, Altamont, the glamour and the dark side.

BORN TO ROCK, the first album from rockabilly legend Carl Perkins in quite some time, is a respectable if not an especially remarkable work. ...

WHEN IN DOUBT, regroup. At least that seems to be the formula these days for the rock era's dinosaurs, has-beens, and once-wases. This ...

The Gyuto Monks: Freedom Chants From the Roof of the World (Rykodisc)

FOR CONNOISSEURS of the weird, the Gyuto Monks' Freedom Chants From the Roof of the World demands a place of honor among your trophies.  ...

Chet Baker: Chet Baker Sings and Plays From the Film ‘Let's Get Lost’

I AM NO JAZZ CRITIC, and there are several Rock & Roll Disc writers far more qualified to write about Chet Baker than I. But ...

IF ANY CRITIC ever cut Aerosmith slack during their halcyon days in the ‘70s, I never saw evidence of it. Steven Tyler seemed no more ...

WHAT IS IT about Jerry Lee Lewis that so fascinates us and makes us love a character so inherently unlovable? He only had a handful ...

WHILE I DON'T think there is a single instance of great, enduring songwriting on this disc -- don't look for any Hall of Fame nominations ...

IT IS THE JOB of the P.R. people at record companies to shove this week's newest big thing down the throats of a hungry music-buying ...

Paul Simon: The Rhythm of the Saints

AFTER WORLD WAR I, Kenya became a refuge for rich, spoiled British expatriates who had dishonored their family name or provoked scandal – enough anyway ...

THAT LITTLE OL' BAND from Texas is actually a corporate juggernaut that has raked in the millions in the 20 some-odd years it has been ...

Gang of Four: A Brief History of the Twentieth Century (Warner Bros.)

IF YOU HAPPEN to own a copy of The Trouser Press Guide to New Wave Records, you can open it to just about any page, ...

MY MOTHER TELLS the story of a Bob Hope television special that aired in the 1950s. The comedian had just made a crack about ...

REMEMBER THOSE Lowery Organ displays that were once a staple of every suburban shopping mall in North America? The ones where some weenie in a ...

RIGHT OUT OF the box The La’s had me hooked like a red snapper. All my complaints of yore about the bored soul at the ...

I HAVE A MENTAL image of Paul McCartney that I carry in my heart like a mother's locket. It's one of those moody black ...

Bill Inglot: An Analog Heart In A Digital Domain

THE NAME Bill Inglot became synonymous with the CD medium in the earliest days of the new digital technology. Working most often with Rhino Records, ...

SOME PEOPLE are labouring under the mistaken notion that Pat Benatar is a rock vocalist. What she really is is a music video ...

The La's: Have Mersey: An Interview with The La’s’ Driving Force and Angriest Member Lee Mavers

JUST WHEN YOU think you’ve seen or heard everything that could happen in the music business, something like the La’s imbroglio comes along. The ...

ANYONE WHO still doesn't think remastering ace Steve Hoffman is a genius should be forced to listen to this anthology of Chris Montez. ...

The Doors: The Doors in Concert

AS MUCH AS I would feel vindicated by a kick-ass live set by the Doors, who I have defended against some of rock criticism’s biggest ...

Willis Alan Ramsey: A Perfect Ending to a 20-year Vacation

AT THE END of Willis Alan Ramsey's only album, a self-titled 1972 Shelter release, the song 'Northeast Texas Woman' fades to studio chatter, and the ...

Bill Graham Presents: My Life Inside Rock and Out By Bill Graham and Robert Greenfield

THE LATE Bill Graham is remembered by most as the prickly, hyperactive browbeater who opened not one, but two Fillmore concert halls during the height ...

In Pursuit of Pure Sound: The Story of the Audiophile Record Label, Mobile Fidelity Sound Labs

HERB BELKIN, EXECUTIVE vice president of ABC records at the time, remembers the day in 1977 when two young audio engineers came into his office ...

MONTHS BEFORE the Sugar Cubes' first album debuted in the United States, a heavy buzz began to circulate about the group's lead singer, Björk. ...

IS THIS still really Pink Floyd? That seems to be the question, as it has been since Roger Waters left the band in 1985 to ...

"IT'S A NEW dawn," Grace Slick, lead singer for the Jefferson Airplane, told a swelling crowd of 400,000 at Woodstock, the most famous music gathering ...

Carl Perkins with David McGee: Go, Cat, Go! – The Life and Times of Carl Perkins, The King of Rockabilly

RECORD PRODUCER Sam Phillips, who owned the tiny Sun record label in Memphis, has been hounded for years by journalists and biographers about his decision ...

George Jones with Tom Carter: I Lived To Tell It All

I LIVED TO TELL IT ALL, the long-awaited autobiography of country music legend George Jones, has to be one of the bleakest, most disconsolate music ...

James Sallis: The Guitar In Jazz – An Anthology

WHY IS IT that jazz, one of the most exciting and explosive forms of music, has been the subject of some of the lamest, most ...

ESSENTIALLY A NOVELTY book for novice songwriters, Songs In the Rough is both shy on substance and skimpy on songs. The idea behind the book ...

The Blackwood Brothers Quartet: The Third Rail of Rock & Roll : Paying Respect To The Greatest Of Gospel Groups

Note: The following article of mine appeared in the July 2 special issue of the Memphis Flyer that celebrated the 50th anniversary of the birth ...

ON TOP OF the indignity of coping with a severed digit (which is coming along quite nicely, thank you very much) I learned last week ...

ALBERT HARRY GOLDMAN is inarguably the most controversial music biographer of the last generation. His biographies of first Elvis, then John Lennon, have been spit ...

10 LPs You Probably Don't Have (But Should)

WE ALL HAVE seen the lists of the absolutely greatest LPs, singles, movies, TV shows, books, etc. OF ALL TIME. I've done them myself and ...

The Sex Pistols: When the Pistols Came to Memphis

WHEN THE SEX Pistols blitzed into Memphis on a very cold Friday night in January (the 6th) 1978, probably not one in ten people in ...

Millie: An Interview with Millie Small