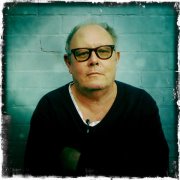 Having just put down a copy of On the Road, Toby Creswell happened upon John Mendelsohn's reviews of the early Led Zeppelin and Harvest. He realised that the novel was indeed over and for the next 32 years has tried to match that higher plane. His first review, sent anonymously to Australian Rolling Stone, was printed and he continued to freelance for the magazine for seven years.

His work was also published in RAM, the Sydney Morning Herald, Time, The Age, Roadrunner, Spin, Billboard and a variety of other places. In 1980 Toby formed the Surfside 6 and issued two excellent 45s on the Phantom label, but the group was not to be. In 1985 he became Music Editor of the Australian edition of Rolling Stone and two years later was in a partnership which took over the franchise. He edited the local edition until leaving to form a new magazine – Juice – in 1992 as editorial director of Terraplane. Other magazines followed – the teen title BigHit, the grunge Esky, the long-winded HQ. Terraplane/ terraplanet was destined to crash in the dot com mania of the recent past.

Toby has written a biography of Australian singer Jimmy Barnes (Too Much Ain't Enough, Random House) and more recently co-authored (with Martin Fabinyi) a history of Australian rock & roll – The Real Thing (Random House) and an oral history of Australian pop music based on the ABC TV series Love Is In the Air (ABC Books). He has also written extensively for television and last year devised The National Karaoke Challenge for SBS TV. He lives in Sydney with his girlfriend Samantha Trenoweth, an author and journalist, and their daughter Alice.

IT DOESN'T REALLY matter now whether Bob Dylan is a fundamentalist Christian, anymore than it mattered whether he was going to the Synagogue when he ...

Mick Jagger, The Rolling Stones: Jagger scores down under

"IT WAS FRIGHTENING, because you don't know if it's going to work," says Stevie Nicks, recalling Lindsey Buckingham's departure from Fleetwood Mac in 1987. The ...

THE BLACK Crowes flew almost 12,000 miles to speak to the disfranchised. The 4500 people who crammed into the Atlanta band's single Sydney show were ...

THE DAVID MCCOMB who left Perth with his band the Triffids was still a very young man. Even at those first gigs in the East, ...

"THE RECORD IS FANTASTIC, you and I know that. The band is really great and, let's face it, all the women want to get into ...

Whether it was an old head injury, the wrong medication or the loneliness that caused his untimely death, Michael Hutchence was an international superstar, an ...

THERE'S NO WAY that Bob Dylan, after all this time, is going to spill the beans on his life. The high priest of protest makes ...

GRANT MCLENNAN, who died in his sleep on MAY 6, 2006, was one of the outstanding songwriters of his generation. He was acknowledged an artist ...

Nirvana: Smells Like a Sellout: Nirvana and the Death of Alternative Rock

NOWADAYS EVERYBODY ascribes the collapse of the recording industry to illegal downloading. But as Bob Dylan recently observed, "Remember when that Napster guy came up ...

IT WAS LIKE A Hard Day's Night writ small. Four young men alight from an aeroplane confronted by screaming teenage girls. ...

The songs may change but the story of a hit remains the same. With today's reduced attention spans, it's no small feat that four boys ...

LUKE HEMMINGS looks bushed. It's not the bed-hair, which has become a trademark of his band 5 Seconds of Summer. It's not just that the ...