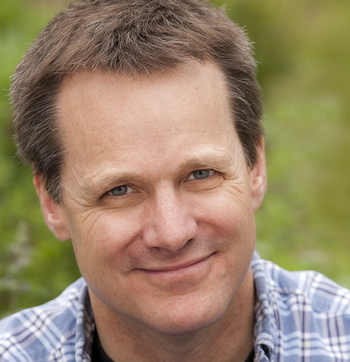 NPR critic, Emerson College professor and author Tim Riley reviews pop and classical music for NPR's On Point and Here and Now. His reviews appear widely in the New York Times, http://truthdig.com, the L.A. Review of Books, the Huffington Post, on National Public Radio, and the Washington Post.

Tim earned degrees in classical piano from Oberlin and Eastman. Since 2009, he has taught digital journalism at Emerson College in Boston. Brown University hosted Riley as Critic-In Residence in 2008, and his first book, Tell Me Why: A Beatles Commentary (Knopf/Vintage 1988), was hailed by the New York Times as bringing "new insight to the act we've known for all these years..."

Tim's television appearances include the PBS Newshour, CBS Morning and Evening News, MTV, and the History Channel. Riley gave a keynote address at Beatles 2000, the first international academic conference in Jyvaskyla, Finland. Since then, he's given hundreds of lively multi-media lectures on "Censorship in the Arts," and "Rock History." His current projects include the music metaportal, the Riley Rock Index, and a major new Beatles multimedia textbook (What Goes On: The Beatles, Their Music, And Their Time, Oxford, 2019).

The Beatles: Mark Lewisohn: Tune In: The Beatles – All These Years, Volume 1

APPROACHES TO retelling the Beatles' story slice in two distinct directions: narrow or wide. Some authors choose a single figure and bore down deep, which ...

The Bottle Rockets: Songs Of Sahm

YOU MAY NOT have heard of Doug Sahm, but might recognize his voice from 'She's About Mover', the oldies linchpin. Those who did know him ...

The new traditionalism looks for its roots. ...

The Fall: The Praxis Of Punk

Why The Fall continue to rise ...

Jim Keltner has drummed for everybody from Bob Dylan to Steely Dan to Ry Cooder; he drives a lot of the better rock albums you ...

The Lemonheads: Getting In Their Lick

Review and Interview by Tim Riley, The Boston Phoenix, 26 May 1989

Take it to the bridge — Prince's funky graffiti ...

Their Own Worst Enemy? Fear of a Black Planet; seductive music, muddled message ...

Bonnie rebounds with the blues ...

The Replacements: All Shook Down (Sire/Warner Bros.)

Refining the metal – The Replacements shake it down ...

Does Ringo have too many friends? ...

Wipers: Turning the Sage: Boston says goodbye to the Wipers

THE WIPERS, a seasoned punk trio from Portland, Oregon, are headed up by singer/songwriter/guitarist Greg Sage, an electronics wizard offering yet more proof that techies ...

Simon Frith: Music For Pleasure/Facing The Music/Art Into Pop

Book Review by Tim Riley, The Boston Phoenix, May 1989

AS A SOCIOLOGIST who draws on Marxist principles to make sense of the Byzantine channels through which pop flows, Simon Frith was the first British ...

Book Review by Tim Riley, The Boston Phoenix, May 1990

IN A CLIMATE where the Reverend Louis Farrakhan can make a comeback on Donahue proposing a separate black state as a God-given right, the void ...