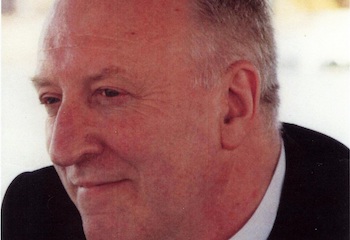 Steve Redhead, who died in March 2018, was Professor of Sports Media, Faculty of Education and Faculty of Arts, Charles Sturt University, Bathurst, NSW, Australia. He was formerly Professor of Law and Popular Culture at Manchester Metropolitan University, where he created and directed the Unit for Law and Popular Culture and the Manchester Institute for Popular Culture research centres. He was co-editor of Berg’s Subcultural Fashion book series and was on many editorial boards of international collaborations, including Sage’s Handbook of Ethnography and the online journals IM-Interactive Media and Entertainment and Sports Law. He was the author of several books and articles on subculture, popular culture, popular music, sport and media cultures.

A tribute to Steve

THIS ESSAY IS on the cultural politics of Pop. It situates an emblematic writer, Hanif Kureishi, in the context of post-war Pop art and culture ...

They Think It's All Over? The Slight Return Of Football Hooligan Subcultures

ONCE AGAIN the book shelves are heaving, a few weeks before a new season, with football hooligan memoirs. One of the best of these 'histories' ...

BACKPOOL ROX II, issue 9, price £2, came out at the end of last year. You won't find it referred to in Babylon's Burning, the ...

'YOU SALFORD NANCY Boy!' was a regular insult hurled from the wings at the late Anthony H. Wilson, educated at De La Salle College in ...

LIVERPOOL ONE! The slogan for a new regenerated port city, European Capital of Culture, 2008. Liverpool One is the name for a retail project in ...

Whatever Happened To The Likely Lads? Ten Years After The Repetitive Beat Generation

OVER A decade ago I researched the rise and fall of a British publishing phenomenon – the so called 'cult fiction' of writers like Nicholas ...

The Fields Of Annie Road: Song For The 96

ANFIELD ROAD, or 'Annie Road' (Allt, 2005), is the opposite 'end' to Liverpool's Kop at their world famous football stadium of Anfield. ...

Pop and its Past

POP HISTORY seemed, for some commentators at least, to have stopped sometime in the late 1980s. This was the 'postmodern' moment for many critics and ...