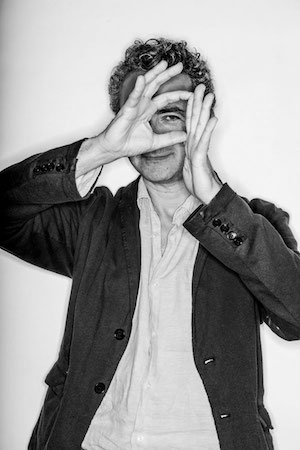 Simon Garfield wrote for Time Out magazine, acting as editor from 1988 to 1989. He has written for The Independent, The Independent on Sunday, and The Observer, and was named Mind Journalist of the Year in 2005.

He is the author of several books including Expensive Habits: The Dark Side of the Industry, the Somerset Maugham Prize-winning The End of Innocence: Britain in the Time of AIDS, The Wrestling, The Nation's Favourite: The True Adventures of Radio 1, and Mauve.

More recent books include Just My Type, exploring the history of typographic fonts; On the Map: Why the World Looks the Way it Does (Profile Books Ltd, 2012); To the Letter: A Curious History of Correspondence – A Celebration of the Lost Art of Letter Writing (Canongate, 2013); and Timekeepers: How The World Became Obsessed With Time (Canongate, 2016).

Profile and Interview by Simon Garfield, Mail On Sunday, July 1997

"THEY TAKE A vein from your leg, and chop it up four times." Rick Parfitt, the big-haired, blond singer-guitarist with Status Quo for the past 30 ...

Profile and Interview by Simon Garfield, The Observer, September 2003

FOR A FEW weeks in the middle of summer it was easier to see Jamie Cullum in concert than not to see him. ...

Report and Interview by Simon Garfield, The Observer, 3 October 2004

He's a white DJ who became the most powerful European voice in hardcore hip-hop. Here, on the 10th anniversary of his Radio 1 show, Tim ...

Madonna: Looks Good on the Dancefloor

With 'Hung Up' at number one and her new album also set to storm to the top of the charts, Madonna has taken back her ...

The Who: Generation Terrorists

Profile and Interview by Simon Garfield, The Observer, September 2006

It seemed like it was all over for the Who. But solo projects and trout fishing will only get you so far. ...

Pete Townshend: Who He Is