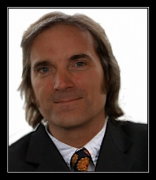 Ex-Long Ryder Sid Griffin now leads the Coal Porters while leading a dual life as a writer for Q, MOJO, The Guardian, BAM and other publications. He also writes for BBC Radio and has written four books, the most noteworthy being Million Dollar Bash: Bob Dylan, The Band & The Basement Tapes (Jawbone, 2008).

The Beatles, The Byrds: Rock Was Dead Before The Beatles!

And lo, the Beatles begat the Byrds. As said unto Sid Griffin. ...

JUST ACROSS HOLLYWOOD Boulevard from Mann's Chinese Theatre, where the stars imprint their hands and feet in cement, stands the Roosevelt Hotel. A showplace hotel ...

Crosby and Nash: Harmony and Discord

Interview by Sid Griffin, MOJO, May 2005

In the UK for the first time since 1978, David Crosby and Graham Nash discuss their musical and personal bond. ...

David Crosby on If I Could Only Remember My Name

IF I COULD Only Remember My Name, David Crosby's 1971 debut solo album sits high on a hill, shining brightly, and quite alone in the ...

ON THE CHOPPY WATERS OF THE J PERCY PRIEST RESERVOIR, just outside Nashville, the recreational boats on what's called the Redneck Riviera sport more Confederate ...

THE INTERNATIONAL Submarine Band is a classic example of a popular music act whose real worth was only revealed with the passing of time ...

First album from Decatur, Illinois' finest since the bluegrass breakthrough of the O Brother, Where Art Thou? soundtrack. ...