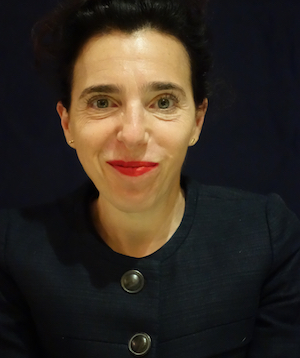 Rachel Felder is a New York based author and journalist whose work has appeared in many outlets, including the New York Times, the International New York Times, the Financial Times, Rolling Stone, Spin, and many more, as well as on the websites of the New Yorker and Vanity Fair.  Her third book, Insider Brooklyn, is published by HarperCollins in summer 2016; she is also the author of Manic Pop Thrill (Ecco) and the co-author of Fighter with designer Reed Krakoff (Viking Press), She is currently writing a book on London that will be published by HarperCollins in 2017.  In addition to her writing, she spent a decade working in the music industry as a director of A&R at Columbia Records.

Madder Rose: Bring It Down (Seed)

It's such an enticing equation that you wonder why no one else is putting it together in exactly these proportions: Mix equal parts revved-up Dinosaur ...

Scritti Politti: A Restauranteur's Guide To The Galaxy

GREEN GARTSIDE – Mr. Scritti Politti – describes his band's sound in the distanced terminology of a fed up rock critic; as he puts it, ...